1892 The beginning of the
Family saga

The company BJAR was founded in 1892 by August Bjar (Sorbian for „Bear“).The usual combination of joinery and furniture trade at that time brought financial success thanks to diligence and foresight, which made the acquisition of real estate for 30,000 Goldmark possible.

The former old farmhouse was converted into a then-modern residential and commercial building. Martha Bjar, the daughter of August and his wife Alma, has married the Dresden businessman Rudolf Schmieder, who ran a textile company in Dresden. After the First World War, Rudolf handed over the textile company, which produced straw hats, to his brother Albert. Rudolf converted the business of his parents-in-law into a pure trading company. He expanded the furniture trade, adding a furniture wholesale and a marquee set rental to the business. The „Golden 20s“ also brought the brothers Albert and Rudolf solid economic success.

When straw hats went out of fashion, Albert and Rudolph converted the textile company into a residential real estate business. Until the destruction of Dresden, they could live off that business very well. Rudolf expanded the furniture trade and had a factory in Blumenau. The Second World War has also left its mark in Bautzen and the house in Bahnhofstraße was partially destroyed. 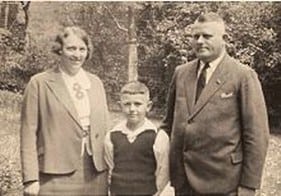 In the marriage, the couple had their son Horst. Actually, he wanted to become a missionary in the brotherhood in Herrnhut. The war and his recruitment to the Wehrmacht put an end to these plans, and he took over the furniture business after the early death of his father. 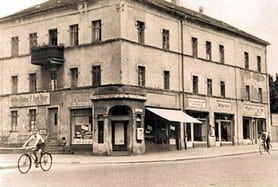 Horst Schmieder had the obligation to look after his mother, run the furniture business, and bring both of them unharmed through the Russian occupation. The death of his mother and various phases of expropriation by the communist system of the GDR posed great challenges for the new owner of the BJAR company. Thanks to a semi-public form of trade, the business could be kept as a company through the communist period. Together with his wife Christa and eight employees, Horst Bjar managed for his company to survive these times. Due to the given market situation, they shifted the company’s focus on kitchen furniture, which meant a good starting position for the future.

In the marriage with his wife Christa, a son Ingo was born, who has entered the furniture trade following the tradition. The peaceful revolution of 1989 brought new opportunities – for a 97-year-old company too. By joining the trade association MHK Germany, the first kitchen studio with brands such as ALNO, AEG, and Siemens, was opened in the GDR even before the monetary union. Changing the company structure to a GmbH (limited liability company) has become possible due to the fall of the Berlin Wall.

Due to its unique position at that time, it was possible to generate good sales according to the company’s size. The close cooperation with MHK Germany, with branches in Görlitz and Prague, brought further positive synergy effects. With these earnings, real estate could be acquired and then managed by the company BJAR. After the death of the owner Horst Schmieder, his son Ingo – the 4th generation of the family business – took over the sole management in 2000.

Thus, the company was given a new direction and shifted its focus to the acquisition and renovation of real estate, companies, and properties. Due to the changed market situation, the „kitchen trade“ company branch was closed, and its premises were converted into a modern health center.

By acquiring larger forest areas in Germany, the company was able to add another profitable asset to its business. Due to a very positive development of the wood prices, two wood trading companies were acquired, renovated, and then sold. Importing wood from Eastern Europe has enabled the realization of larger wood quantities within the EU area. Following the settlement and selling of our forestry sector business in 2015, we were able to acquire and develop a residential complex in Dresden. In 2019, we sold this asset to Union Investment as an investment property.

At the same time, a new investment was planned and started in Switzerland. As part of this commitment, the management has founded an AG (public limited company) to then turn the companies into a holding. In 2020, the already started single-family house located near Dresden will be completed.

In 2019, the son of the current managing director, Max Schmieder, joined the management team after completing his studies in business administration in Munich and Moscow.

Two world wars and four completely contrary systems changed in the course of the company’s history have repeatedly challenged the old company, as well as they have also provided it with great opportunities.